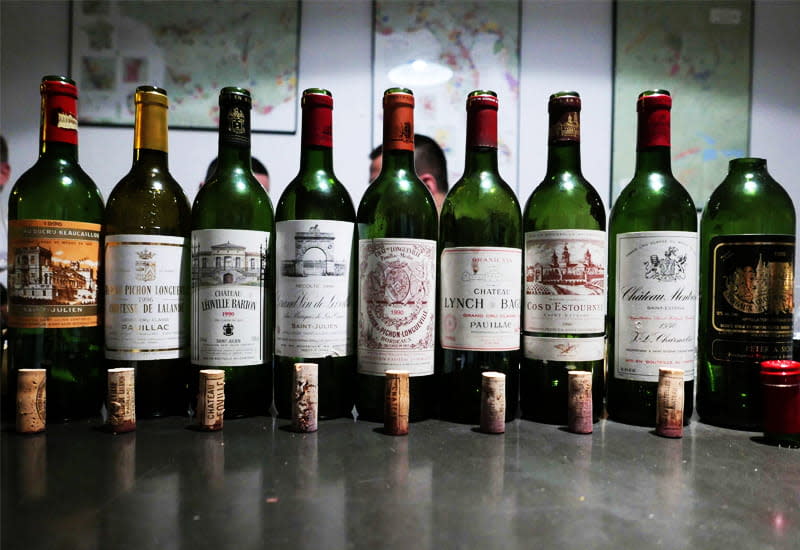 Bordeaux remains the most prestigious and sought after of all the world’s wine producing regions. Wine from Bordeaux boasts a simply unmatched propensity to longevity and beauty – its top examples showing breathtaking complexity and a mouthwatering capacity to accompany sophisticated cuisine.

And the secret to its success? You might almost say that it’s simply a question of being in the right place at the right time. In two respects. The first is that, for a long time an English-held port on the French Atlantic coast, Bordeaux and its surrounding vineyards were perfectly located in the late middle ages to take advantage of the growing English thirst for wine. (The word ‘claret’ incidentally, derives from ‘clairet’ – a French term for the light red wine forming the region’s staple UK export up to the mid-18th century.) Thus the foundations for the region’s success were laid hundreds of years ago. The second reason for Bordeaux’s place at the top of the premier league is its ‘terroir’ – that intangible influence conferred by a combination of geography, climate and soil type that lends different wines their individual character. The gravelly soils lining the banks of the rivers Gironde and Garonne as they flow into the Atlantic just west of the city, the south facing slopes of the low-lying hills and the cool seaside climate create just about the perfect blend of conditions for the production of fabulous red wine dominated by juice from the red grapes Cabernet Sauvignon and Merlot.

The region’s vineyards can be loosely divided into four groups. On the left bank of the river Garonne lie the Medoc (perhaps the most famous of the Bordeaux areas), the Graves and the Pessac Leognan areas. Known as the ‘Left Bank’ this area benefits from warm, gravelly soil ideally suited to producing wines dominated by the Cabernet Sauvignon grape – complex, well structured, tannic, and often characterised by blackcurrant and cedary aromas. The best can be extraordinarily long-lived.

A few miles north east, on the right bank of the Dordogne river (hence the ‘Right Bank’) in St Emilion, Pomerol and the surrounding villages, Merlot is the more popular grape, growing in a mix of gravel, limestone and clay. The result is wines that tend to be softer, rounder and fleshier, with plummy flavours. The Cotes de Bourg and Blaye sit on the Right Bank further downstream, and are increasingly the source of good value, early-drinking Claret.

Entre-Deux-Mers lies to the east and south-east of the city of Bordeaux between the Garonne and Dordogne rivers and is the source of large volumes of cheaper red wine simply referred to as AC (Appellation Controlee) Bordeaux. It is also the home of most of the region’s dry white wine made from the Sauvignon Blanc and Semillon grapes that is, for the most part, unexceptional.

Further upstream still, either side of the River Garonne, is found the heartland of Bordeaux’s sweet wine production – Sauternes being the most famous name. The gloriously scented, richly textured wines from this tiny patch of France are some of the most sought after, expensive and long-lived wines in the world. Their production depends on one of those unlikely coincidences of nature that have the potential to convince even the most hardened atheists of the existence of a greater being – a combination of early morning mist, afternoon sun and a fungal infection known as ‘Botrytis cinerea’ – or ‘noble rot’ to you and me. More on the production of sweet wines in a later article; for the moment, suffice it to say that the process is unpredictable, complicated and expensive to manage. The results, though, can be unfathomably delicious.

No article on Bordeaux would be complete without reference to the classification systems used in the region. Nightmarishly complicated, eternally controversial and notoriously unfair, they are nevertheless hugely important to the way the wine is priced, marketed and purchased. There are in fact several systems in use across the region, the most famous of which is that introduced by the Emperor Napoleon and referred to by the date of its introduction – the ‘1855 classification’. Applying only to wines on the Left Bank the system is a hierarchy of five tiers – Premier Cru Classe at the top (here are found the five most famous names in Bordeaux: Lafite, Latour, Mouton Rothschild, Haut-Brion and Margaux) down to Cinquieme Cru Classe at the bottom. Whilst it is the wines falling within these tiers that give Bordeaux its reputation for supreme quality and unmatched cost, in fact they comprise only a tiny proportion of total regional production; the vast majority of Bordeaux wine falls beneath the bottom tier with some, but only a small proportion, winning the right to use the label Cru Bourgeois. Similar but (typically for the French wine industry) far from identical systems are in use both for St Emilion on the Right Bank and the sweet wines of Bordeaux in Sauternes